A Touch of Spring

Today we are going to switch gears just a little bit, and take a moment to share some of the early signs of a Southern spring.

A patch of daffodils, also called jonquils, in full bloom

These pictures are extraordinary, not just because of the beauty of the flowering plants involved, but also because I took them the first week in February!

Normally, the yellow bells and daffodils start their show towards the end of February in the third or fourth week, and the tulip trees in late February/early March, but not this year! 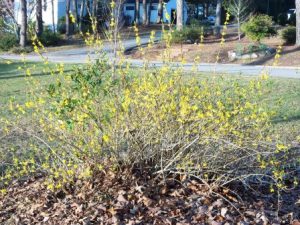 It is easy to miss the beauty of the yellow bells, and very hard to capture it on camera, but this close-up may help: 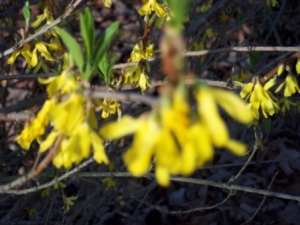 Camellias are a bit different; each bush seems to bloom on its own schedule.  The small camellia bush by our front door likes to bloom in December, but these pictures are from a bush in our town square that has decided to put on a bit of a show this year. 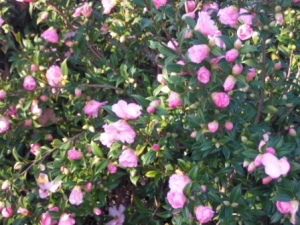 The camellia is the state flower of Alabama, and here you might be able to see why.

I think it would be fun to sketch that bloom in watercolor pencil, one medium I haven’t tried yet.

Here are some buds in various stages of bloom.

The problem, of course, with blooming this early is that a frost is almost certain to occur sometime in February and early March, if not later, and this year was no exception – a week after I took these pictures, we had a night where the temperatures got down into the 20’s. 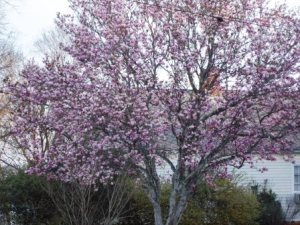 That finished off every tulip tree that was blooming, but the daffodils/jonquils survived, as did the yellow bells (also called fuchsia.)  Yellow bells are amazingly cold-resistant; I have seen the blossoms survive and flourish after experiencing temperatures down into the low 20’s.

A branch from the amazingly cold-hardy yellow bell bush

I heard another sign of spring this weekend – somewhere in the woods, one of the woodpeckers was back and active.  The “tat-tat-tat-tat-tat” sound of a woodpecker pecking is pretty unmistakable, even with the other birds’ songs thrown in.  I learned the rhythm involved last year, when we had a pretty, but very confused, woodpecker who sat on top of the street-light across from our house and kept trying to peck into its top.  It was a persistent bird; he or she kept at it for about three days before going to search for more malleable wood.  I like to think that it was that same bird, older and wiser now, that I heard Saturday.

5 responses to “A Touch of Spring”