A Kindle for Kayla?

Kayla has announced to Mark and I that for her birthday she would like either a Kindle, or a Nook, or a MySIMS Racing Game.  We haven’t really decided whether we are going to get any of the three, but Her Majesty the sleuth has decided that I have already purchased a Kindle and have it hiding in the house. 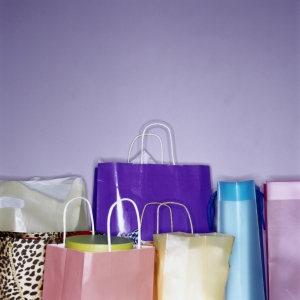 She made this deduction based upon the fact that when we came home yesterday from work and school, a box from Amazon.com was sitting on the porch, and I had Mark pick it up for me, since my hands were full, and asked him to put it in the bedroom.  She told Mark I then told her that she wasn’t allowed to be in the craft room anymore, so that must mean that the box held a Kindle and I was hiding it from her.  Neither is true.  The box held two books from my childhood, The Lark in the Morn and The Lark on the Wing for which I have been searching for a long time (someone just reissued them in paperback which is why I finally had luck in finding them) and a pad of water color paper.  I have no idea where she got the idea that she wasn’t allowed in the craft room anymore; she has been told that she is not allowed to mess with any of my craft supplies in the craft room, but that is very different (and an instruction she pretty much ignores at will anyhow.)  Mark tried to explain to her that it probably wasn’t a Kindle, because the two of us usually discuss what we are going to get her, and he and I hadn’t done that yet, but I don’t think she believed him.  I will take my turn at disillusioning her when I get home today.

I would really value the advice of all you out there who have Kindles or Nooks – would you, or would you not, buy your 10-year-old child one?  (She will be 10 on her next birthday, which is a few weeks away.)  If so, which would you choose?  If you have gotten your child one, what safeguards do you have in it so that you can screen the books that they see on it?

I look forward to hearing your answers!  I can use all the advice I can get.

12 responses to “A Kindle for Kayla?”