Antlers! My Kingdom for Some Antlers! 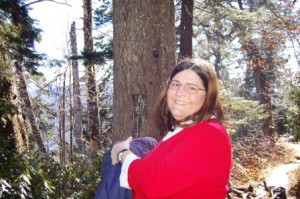 Picture, if you will, a working mother.  No, that description’s not specific enough. 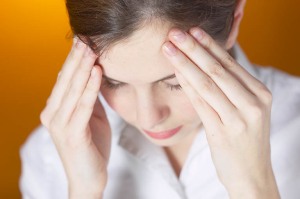 Picture, if you will, a working mother with a cold.  Well, we’re getting closer, but we’re still not there yet. 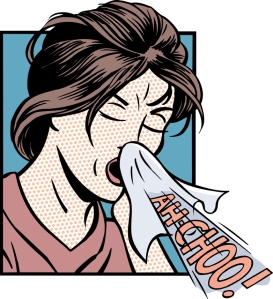 Picture, if you will, a working mother in her mid to upper 40’s with a (bad) cold who has to find some sort of festive holiday hat for her child to wear on the class field trip the next day during her lunch hour, and you will have a pretty good idea of what I looked like yesterday. 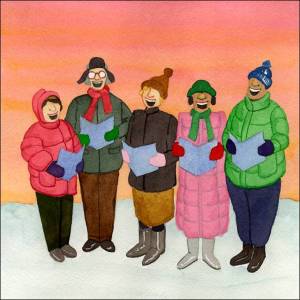 Kayla and the other Purple Ambassadors at her school are taking a field trip to the nursing home today (Friday) somewhere to sing Christmas Carols.  She mentioned to me Tuesday night at 8 that they were supposed to wear a Santa hat, reindeer antlers or elf ears as part of their wardrobe for said field trip.  Before you start admiring my child for telling me in advance, bear in mind that Wednesday nights are always filled with church activities and Thursday night this week was blocked off for her new basketball practice, so telling me at 8:00 p.m. Tuesday night is the equivalent of telling me at the last minute. 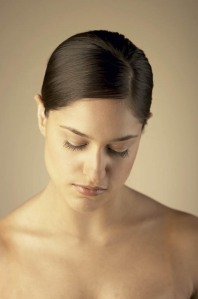 I admit that perhaps I should have looked for it on Wednesday during the day, which I took off, but my cold had started and I was trying to get it beat before I went back to work on Thursday, I had to take Tyra to the vet and get the oil changed in the car and I just didn’t have it in me.

Of course, my cold was worse on Thursday, but having left it until then, there was no choice but for me to venture out into the cold, cruel 50 degree world from my office in search of a holiday hat for my child at lunch.  The biggest problem was that I was anticipating having to go to the Super Wal-mart to find what I needed, and entering the Super Wal-Mart is always an other worldly experience.  No matter how determined you are when you walk in (I am going to go to the battery aisle, pick up one package of double A batteries and walk out) it never happens.  A mental fog gently descends upon you three steps into the store and you start wondering if you might need a toaster, new house linens, a new fishing reel (and I don’t fish!), a new TV, steaks for the next three months or other assorted items.  If you’re lucky, the mental fog breaks just enough for you to remember what you originally came there for – batteries.  This process is not helped by the fact that Wal-mart rearranges everything periodically so that you have to hunt for it.

As you can see, the Super Wal-Mart on a good day takes a great deal of effort and willpower, but the Super Wal-Mart on a day when you feel like you’ve been run over by an 18 wheeler and you’re sporting an attractive cherry red upper lip and nose from all the Kleenex you’ve been using seems like Mount Everest.  I told our receptionist when I left that if I wasn’t back in two hours, to please send help. 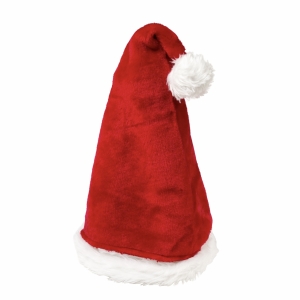 So, to go back to the beginning of my story, I sallied forth into the cold cruel world in search of a holiday head adornment of some kind.  (Oh, I forgot to mention that Kayla had expressed a preference for reindeer antlers – I admit my self-control broke just a tad as I told her that I would look for reindeer antlers but if all I could find was a Santa hat, then a Santa hat it would be.)

I went to the local Hallmark store first.  (Don’t laugh; you’d be surprised at all the odds and ends those stores have tucked around them in addition to cards.)  They had Santa and Elf hats.  I probably would have bought one, but the hats said “Ho, ho, ho!” and sang “Santa Claus is Coming to Town” when you pressed a button, and Kayla has at least one hour of regular school today before they leave on the field trip.  My bet was that with a singing hat, she would be on four conduct numbers by 8:15, nixing both the field trip and her future membership in Purple Ambassadors, so I did what was best for her and let them go.  The clerk at Hallmark looked at me rather strangely when I asked if they had any hats that didn’t sing as if that were an odd request.  I guess I missed the fashion switch from non-talking to singing hats. 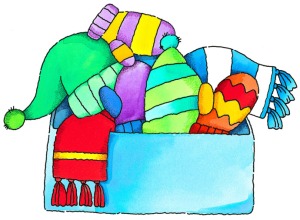 The same strip mall has a Goody’s that used to be a Peebles, so I went to it next.  That store had a few hats that, strangely enough, were designed to cover your head and keep it and your ears warm, but were not designed as holiday adornments, so that was a wash, too.  At least the hats didn’t sing! 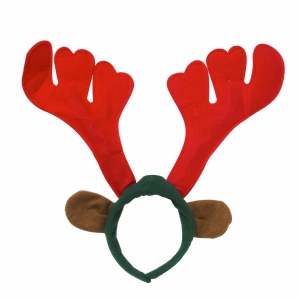 Just when I was facing the inevitable conclusion that like it or not I was going to have to drive down to Wal-Mart, an angel whispered into my ear that perhaps I should look at the Dollar Tree store at the end of the strip mall that I never enter.  It was two shops away, so I decided to give it a whirl.  You can just imagine my delight when I saw, in a bin out front, headbands with reindeer antlers!  I snatched a pair up, went into the store to buy them and came out having accomplished my mission for the grand total of $1.09 (9 % sales tax here) and no trip to Wal-mart!  (Do I hear applause at this happy ending?)

Of course, the reindeer antlers have bells on them but nothing in this imperfect world is perfect!  (If you do not have children, please consult with the parent next to you as to why the bells are problematic!)

10 responses to “Antlers! My Kingdom for Some Antlers!”