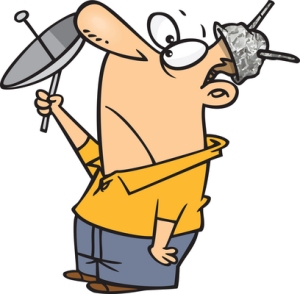 Do you remember all the news reports from a year or so ago that the National Security Agency was “mining” everything Americans write or post online in their quest to prevent terrorism?  Whether it’s true or false, I have always maintained that the banality of my e-mails, cell phones and online messages (with the exception of this blog, of course!) was more than enough to punish any governmental official who is attempting to comb them for information.

When you watch one of the many shows on TV these days that show real life murder investigations, don’t you want to scream at the perpetrator for being stupid when one of the ways he or she gets caught is because he or she googled “how to murder my _______ without getting caught” in formulating their plans on their home computer?  I mean, really!  That’s almost as clueless as was the Wicca-adherent-gone-mad out West who listed the phone number of the man she killed under the label “sacrifice” on her cell phone!  (Yes, that is a true story, by the way.) 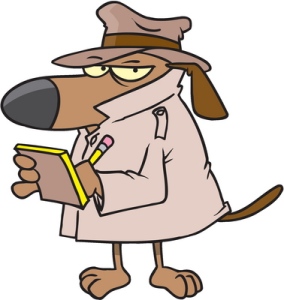 I am working on my second mystery novel.  The first, currently called Sleight of Hand  is finished but needs more editing.  Because my plot requires a victim to be murdered by arsenic, I needed to find out where you could get arsenic, how it is used, how it is detected and what it does to its victims and how soon.  I also needed to learn whether there are any medications which are powders taken before meals.  and what kinds of crops are grown in North Dakota.  (Curiouser and curiouser, yes?)  So what do I turn to?  Google!  (Which, of course, led me swiftly to the information I need.)

With queries in my cache now like “how to murder using arsenic” and “where to get arsenic” I now am praying that no one in my household gets even a stomach virus for the next twenty years and am considering hiring a taster for more insurance!  I can just see the conversation now – “Well you see, officer, it’s like this….”  I at least hope that my searches provided a rare flash of interest to the poor NSA employee in charge of mining my data.

Maybe all those people on Investigation Discovery were innocent after all!