Apparently, Absent-Mindedness is a Condition Without a Cure

I would like to be able to tell you that my 3 1/2 week absence was due to something spectacular, such as completing a full novel during NaNo month, FN. 1, but, alas it is just due to puttering around with various things, some of which I am sure I will share with you later.  I am fortunate enough to have a story or two to share with you that will at least make you smile, if not laugh. 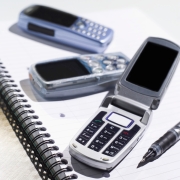 In my “little black book”, which these days is basically my cell phone, I have two cell phone numbers that have multiple sixes in them.  One of those cell phone numbers belongs to my sister, and the other belongs to my friend.  A little while ago, I spent the night at my sister’s house in Huntsville, and was able to leave later than my sister and her husband did.  I enjoyed sleeping in, and their dog was happy to have me there, but when it was time for me to go, Wolfgang had to go into his crate.  He was NOT happy about it.  I sent a text to my sister telling her that “Your dog is not very happy with me right now.”  I shortly received a reply to my statement – a question mark from my friend, followed by the pertinent observation that she very much doubted that her dog was unhappy with me, since she didn’t have one!

You’ve guessed it – I had mixed the two numbers up.  I sent the correct text to my sister, apologized to my friend and that was that. 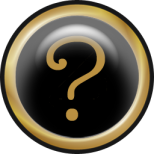 Obviously, having made that mistake once would have cured me from making it again – or so anyone who doesn’t know me through this blog would think.  Apparently I am a slow learner, though – this weekend I sent a loooonnnnngggggg text to my friend about a project we are working on together.  Shortly afterwards, I received a response, which was simply “?” from my sister.  I mentally shook myself, sent the correct text to my friend, apologized to my sister and have resigned myself to waiting for the next installment of the story! 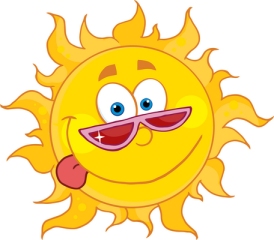 From Print Shop Professional 3.0
Used under license; protected by copyright

FN 1.  “NaNo” stands for National Novel Writing Month, or something like that.  It is fairly well-known among writers.  It always is in November.  The challenge in NaNo month is to write an entire novel, or 50,000 words, whichever comes first, in one month.  I fully intend to participate in the insanity one year, but this year was not it.

One response to “Apparently, Absent-Mindedness is a Condition Without a Cure”