The Only New Year’s Resolution You Will Ever Need! 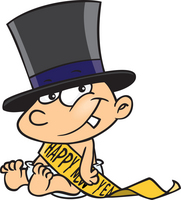 From http://www.clickartonline.com by Broderbund. Copyright protected.

Believe it or not, we are already half way through the first month of 2013!  Studies show that by now, many who made New Year’s resolutions have already let them slide, and by the end of the month, most of the rest of us will follow suit.  A few years ago, however, I discovered the secret to keeping a New Year’s resolution, and I thought today I’d share it with you.

A list of New Year’s resolutions – from http://www.clickartonline.com by Broderbund. Copyright protected.

Before I learned this secret, I also participated in the New Year’s resolution mania, coming up with a long list of resolutions worthy of the finest list keepers in the realm, with all of the usual suspects on it – lose weight, eat right, exercise, get organized, keep the house better, and complete every uncompleted craft project I ever laid hands on along with a few inherited ones – only to wake up somewhere around mid-January to find that I had not kept one resolution out of the fifty or so that I had made.  Then, one year, lightning struck and I discovered the way off of the New Year’s treadmill. 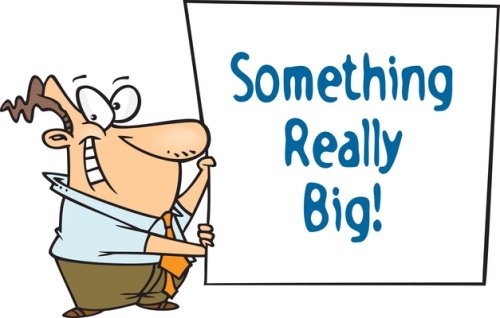 From http://www.clickartonline.com by Broderbund. Copyright protected.

Here it is – the one and only New Year’s resolution you will ever need.  (Do you hear the fan fare in the distance?  Is the suspense gathering?)  Ladies and Gentlemen, I am proud to introduce you to THE RESOLUTION:

RESOLVE NOT TO MAKE ANY NEW YEAR’S RESOLUTIONS! 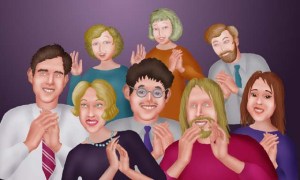 This lofty but eminently keepable resolution is not without its pitfalls, however. 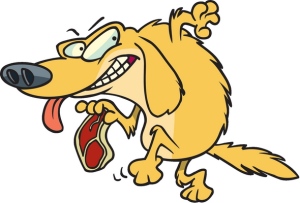 The worst pitfall is the peer pressure that slowly builds upon the resolver to make another New Year’s resolution, any other New Year’s resolution, as the previous year draws to a close.  The pressure is at its peak the week between Christmas and New Year’s, as the media inundates you with stories about the types of resolutions to make and how to keep them and the way the life of Susie B. Smith in Smalltown, USA was changed forever to the good because SHE kept HER New Year’s resolution to open a museum dedicated to the noble history of chocolate chip cookies.  (The free samples Susie B. Smith gave when you entered her museum certainly aided her success!).  You start to think that maybe you could try just one little extra resolution.  In spite of this pressure, stand firm.  Cut the thought “Well maybe I should resolve to…” off at the knees.  Think firmly “NO!  Stop the insanity now!  Not another year!”  After a while it becomes second nature.

The second pitfall is to believe that by keeping the resolution not to make any more New Year’s resolutions you are resolving never to change.  This thought adds to the pressure on you to make additional resolutions at New Year’s, since everyone wants to change for the better sometime.  Simple common sense (which is usually neither simple nor common) shows the fallacy of this fear.

Instead of never changing, keeping this one resolution frees you to change whatever you want, whenever you want at any time of the year except January 1!  By restricting yourself on one day out of 365 (366 in leap years), you gain 364(365) more days to make whatever changes you want.  Such freedom is dizzying and empowering – if you believe you need to change something in your life, by agreeing not to package it up with the New Year’s insanity, you have freed yourself to make one small change at the time of your choosing, leading up to one huge success by June 16 or October 21 or November 2 or whatever other day you might choose. 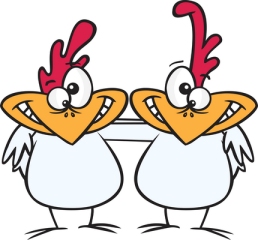 From ClickArt Online, by Broderbund

3 responses to “The Only New Year’s Resolution You Will Ever Need!”