A Fish Tale Only Jonah Would Believe

I don’t often reblog something, but the day this happened, my husband “called” it for Facebook, so I will share Mark’s version with you. Every year, there is a big fair in Montgomery, and Kayla’s school went to it on a field trip on October 13. Here is what happened: 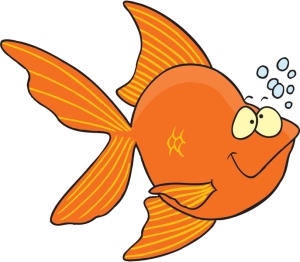 Yesterday was the day my 12 year old daughter Kayla and her class went on a field trip to the Fair. Before she left we cautioned her about bringing anything live back except her classmates. We specifically stated, don’t play the stupid gold fish game and win a fish because you don’t need any more pets. Feeling that the instructions were clear and reasonably easy to follow my wife and I then sent her on her way with hugs, kisses, and lots of love. However, the 12 year old mind is apparently hopped up on hormones and thus unable to process information in a direct and meaningful way. I know this because when I called her yesterday to see that she made it home okay I was told, “Dad I have a bit of bad news….” Apparently we played the fish game, but tried hard to lose. Unfortunately we were just too darn lucky and won a goldfish named Kisses any way. Well we couldn’t just flush it – I know this because I suggested it and was quickly rebuffed by her and my wife – so we are now trying to be responsible and raise it. That decision has presented my daughter with a moral dilemma. In order to keep it alive she really needs to invest in a real fish tank which I have refused to pay for because I am openly hoping that Kisses croaks. Therefore she would have to use her money to pay for said tank, but she is saving for a new IPOD and apparently is much more conscientious with her cash than with Dad’s. She is further concerned because I’ve told her that if Kisses dies she cannot replace him even if she buys a tank. So when I left this morning she was trying to decide whether it is nobler to accept the demise of poor Kisses or risk it all and buy a tank. I could rescue her from her situation, but as I told her, she got into this situation by not listening, so she needs to learn to get herself out. Besides the way I look at it I could win either way. If she buys the tank and the fish dies, then she doesn’t get the IPOD which means she will have less electronics and more time to spend with the family. If she lets the fish die, then I will have one less useless pet in the house. However, with her luck she will probably buy the tank, get enough money from her relatives for her birthday next month to buy the IPOD and the fish will out live us all.

P.S. from me:  10 days later, Kisses, the fish, is still going strong, making him exceptionally long-lived for a fair fish!