Random Thoughts from a Professional Woman On the Move

Yesterday I had a three hour drive round trip for a court appearance.  Since I was free associating, I thought I’d share with you some of the random thoughts flitting through my brain. 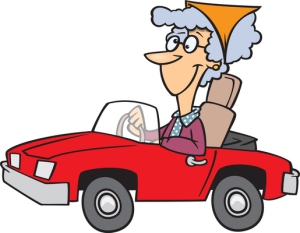 1)  I am the only woman in the entire state praying at this moment for God to grant me the grace to eat my breakfast in the car without getting it on my clothes.  (He did!)

2) Another one bites the dust! (Noticing a run in my hose on the way home.) 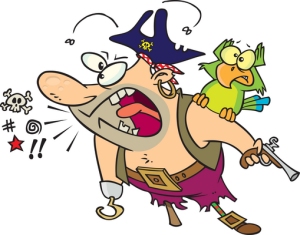 3)   That wasn’t a nice name to call the driver of the log truck that just cut me off, giving me the privilege of sitting through the third set of lights at this intersection. 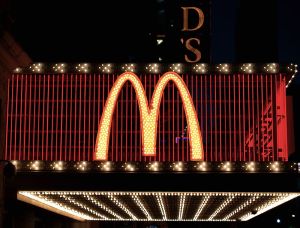 5)  When the manager of the McDonald’s in Tallassee sees me for the first time in two years and still remembers me, perhaps I went there a little too often for breakfast. 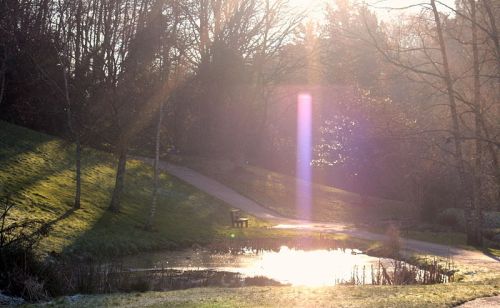 Beam Me Up Scotty! Photo by Keven Law from Wikimedia Commons

6)  Where is Scotty and a good transporter when you need them? 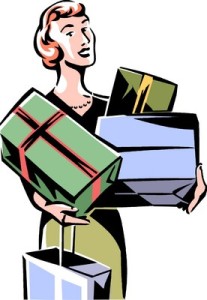 On the way home, I could stop at: 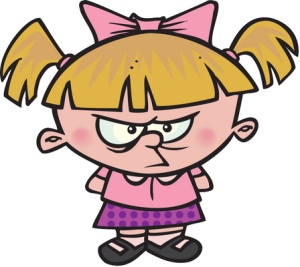 We have made it to Friday, with an excellent chance of having Saturday tomorrow.  I know I am glad to get another week under my belt; what about you?

Kayla went back to the orthodontist yesterday.  The orthodontist decided that it was too early to put on the stronger, squared wire he had talked about putting in last time, so it looks like that will happen just before school starts.  She chose blue and green rubber bands this time.

She told me as we walked out, in semi-tragic tones, that someone there told her she would have to wear her braces for another six months.  Since the original projection was that she would have them on for another nine months, that shouldn’t really have been a news flash for her.  When I reminded her of the fact that another six months would mean she was right on schedule, I got the flat “Oh” which is her way of admitting she made a mistake when she doesn’t want to admit she has made a mistake.  (I can’t imagine where she gets the trait of not wanting to admit she was wrrrr… wrrr…..  wrooonnn….!)

When we were at Destin last week, we ate breakfast one day at one of our favorite restaurants, Another Broken Egg Cafe.  We have been friends with the Broken Egg Cafes for about ten years now, since the day when Mark and I  were searching for a spot to eat lunch at, and decided to stop at their original Destin restaurant (called Another Broken Egg Cafe.)  This restaurant is located in downtown Destin.  They serve breakfast and brunch only, and close at 2, but what they do serve is made exceptionally well.  It was the second restaurant in the chain, which originally opened in 1996 in Olde Mandeville, Louisiana.  Now, the restaurant has a total of 18 restaurants, each with an on-site owner, and plans to build several more.

Since our first visit ten years ago, there are at least two more Broken Egg Cafes in Destin, Florida, both called “Another Broken Egg Cafe.”  One is located in a building beside the Bayside Inn at Sandestin Resort, while the other is located at the Village of Baytowne Wharf at Sandestin Resort.  This trip, we ate at the Baytowne Wharf branch.  Because there was a bit of a wait,  Kayla wanted to use my camera, which I allowed only on the condition that she would let me take her picture first.  She wasn’t super thrilled with this arrangement, but she really wanted to use my camera, so finally she agreed.

After this first photo, she began to swing more into the picture posing mood, but then she got distracted.

Finally we got a good picture:

Then I turned the camera over to Kayla.  I am only including one of her many pictures here, both for space and time reasons, and because she was extraordinarily gifted, and greatly enjoyed, taking pictures that showed Mark and I at less than our best!  Still, when she takes her time and thinks about her pictures, she can get some really good shots.  (This was not one of them, but I promised her I’d put at least one in!)

Kayla's picture of me

Soon after that, our number was called, and we sat down to a breakfast that gave us eggs, omelets, country potatoes and cheese grits (Kayla) to our hearts content!