As you know if you follow this blog, I am at home right now recuperating from surgery.  My Mom is here helping me.  She also decided to make Kayla’s Halloween costume while she is here (she and Kayla have agreed on a Rapunzel costume.)  When I came out of my room this morning from my morning nap, Mom had the TV on just for the background noise value while she was sewing.  The Price is Right was on.  I haven’t watched it for years – it is entertaining, plus I like Drew Carey, but I am astonished at the prices that they are listing for items on the show. 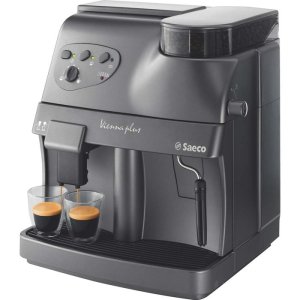 Apparently, the Price is Right people don’t shop where I do.  I just did a Google search for espresso cappuccino machines, and the highest priced one the computer pulled on the first round was around $130.00.  After a little more searching, I found the one pictured above, which looks like a very nice one even to a non-espresso, non-capuccino aficionado, and it was $580.00.   Now, I am sure the model on the show had many extra features than the one I just pulled, but still… 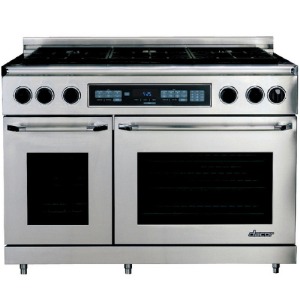 They also had a steam shower and an oven range for one contestant, and they wanted the contestant to guess which one was worth $5470.00.  The contestant picked the steam shower, which is what I would have picked also.  However, my reasoning was that there was no way an oven range would cost that much (this did not look to me like one of the souped up commercial ranges).

Boy was I wrong!  The oven range cost over $8000!  So, again, knowing I have never in my life spent that much for an entire kitchen’s worth of appliances, (we bought our first oven for our first house $150.00 at an auction 19 years ago), let alone for one appliance, I took a second quick hop back to the internet to price oven ranges.  To splurge, I went ahead and priced double oven ranges.  The first results I came up with topped out at $1700, but investigating further I found that there are indeed professional ranges that even exceed $10,000, so perhaps the Price is Right people did come up with a bargain on that one.

Still, I think someone should suggest to them that they try shopping at Wal-mart, Target, Lowe’s or Home Depot like the rest of us.  Or maybe I’m just cheap…..